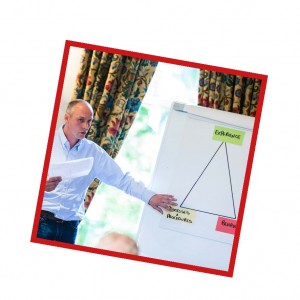 The Challenge
A major oil and gas operator approached Wild Thinking looking for support for a newly promoted team leader. The individual was highly experienced in his field and had been given the role of managing a small team to deliver a key component of a challenging project. The pressure was on for him to settle in to the role quickly and to start delivering results. With little management training behind him, he was feeling exposed and was having difficulty adjusting to his new role managing people that had previously been his peers. What was clear, was that he was determined to succeed and was open to the idea of coaching as a way to increase his skills and to develop solutions to the challenges he was encountering.

Our Approach
After an initial meeting with the Wild Thinking coach to talk about what the coachee would like to achieve from the process, the Wild Thinking coach then met with his line manager to help fully understand the outcomes that the organisation was looking for. His first coaching session focussed on developing specific goals and creating a clear picture of what success would look like. The next step was brief 1:1 meetings between the coach and 5 of his colleagues to help understand where others saw his key development opportunities. He then had a series of 5 further coaching sessions. He drove the topics for each and whilst they were mainly linked to his goals, he also worked on issues and opportunities that cropped up during the programme. The final part of the coaching programme was a 3-way review with the coachee’s line manager, to identify wins and help focus his efforts going forward. Results
Both the coachee’s and the organisation’s objectives were achieved. The opportunity to take time out from the pressures of his new role to review, reflect and learn in a structured and confidential environment gave the coachee the focus that he needed to establish himself as a strong team leader. Over the coaching programme, he also acquired and was able to put into practice a number of valuable management skills.