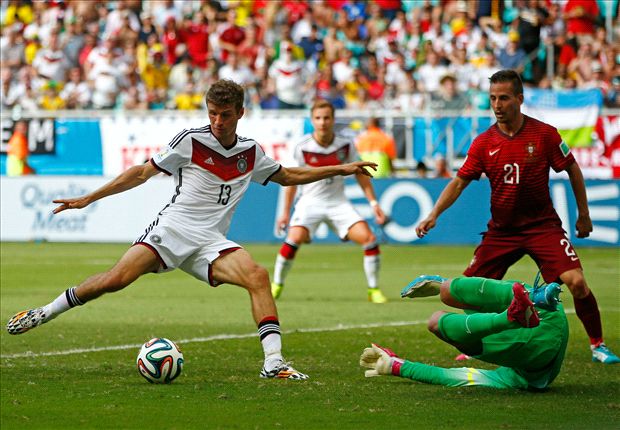 There were two very contrasting World Cup football matches over the weekend. One was England’s 2-1 defeat at the hands of Italy and the other was Germany’s 4-0 win over Portugal. Despite the numerous differences in terms of style and substance, the key contrast between the two was evident by comments made during and after the game by pundits and managers.

England were level pegged at the interval. Rio Ferdinand, long-term England player, remarked that things were going well and they would be “happy to take the draw”. England then started the 2nd half badly and ended up losing by a goal. Compare this to Germany, whose coach Joachim Low remarked after their victory: “It was an excellent first match. We had no option but to win.”

I suspect that both these comments hint at the mind-sets at play in the respective German and English dressing rooms. If I was a betting man, based on this evidence, I know whom I would put my money to get furthest in the competition.

The ancient Greeks were brilliant at motivating their troops in battle. A popular tactic was to burn their boats on the beaches, so that victory provided the only route home. Many of us work in highly competitive industries and as leaders there is a lot we can learn from both the ancient Greeks and Joachim Low. When you succeed in truly engaging people in the task at hand, then you will get the very best out of them. When the vision for success is utterly compelling and when failure is “not an option” people are far more likely to leave their comfort zones behind and take the game to the opposition.

England were criticised for lacking commitment in their finishing against Italy. Germany was driven and clinical. A contrast of mind-sets and leadership styles perhaps, but the contrasting results would seem to speak for themselves.

« Can England think their way to winning the World Cup? People make Business »